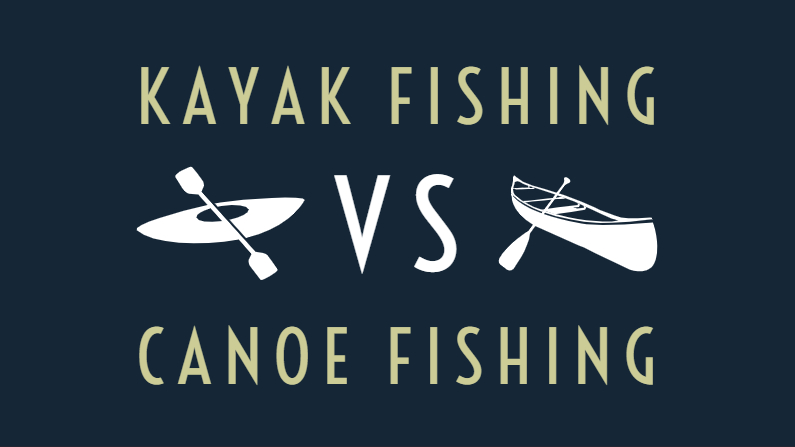 There’s an age-old debate over whether a kayak or a canoe is better for fishing. It goes without saying that both have their pros and cons, but that’s not enough to stop the debate from raging on.

We spent time polling avid kayak and canoe fishermen to get as much perspective as possible, then combined it with our own experience to create this guide.

So, let’s put this baby to bed and settle once and for all which one is the best.  Or, at the very least, throw more fuel on the debate fire. Either one works!

Kayaks are typically better for fishing in the ocean or in windy conditions. Canoes are better suited for fishing in calm waters. For a true beginner, a kayak is easier to operate. Canoe operation is more difficult to learn, but offers a bit more maneuverability once mastered.

That’s the oversimplified short answer. There’s a lot more detail needed to adequately answer the question. We’ve broken down the comparison into categories to better illustrate the areas in which each craft excels.

As a general rule, we’re generally comparing canoes to sit-on-top kayaks in this article. Sit-on-top kayaks are almost unanimously considered to be superior fishing choice over sit-in kayaks, so they make the most sense for the comparison. We actually recently wrote an article dedicated to our Three Favorite Sit-on-Top Kayaks that are ridiculously stable in the water.

The general rule of thumb is that kayaks are easier to pick up and operate, whereas canoes have a steeper initial learning curve. This rule usually holds especially true when fishing is added to the mix, even though some people do have an easier time learning to properly operate a canoe than others.

For a solo operator, even diehard canoe guys will typically agree that kayaks are overall easier to handle, especially over long distances. This is mostly attributed to the style of paddling. 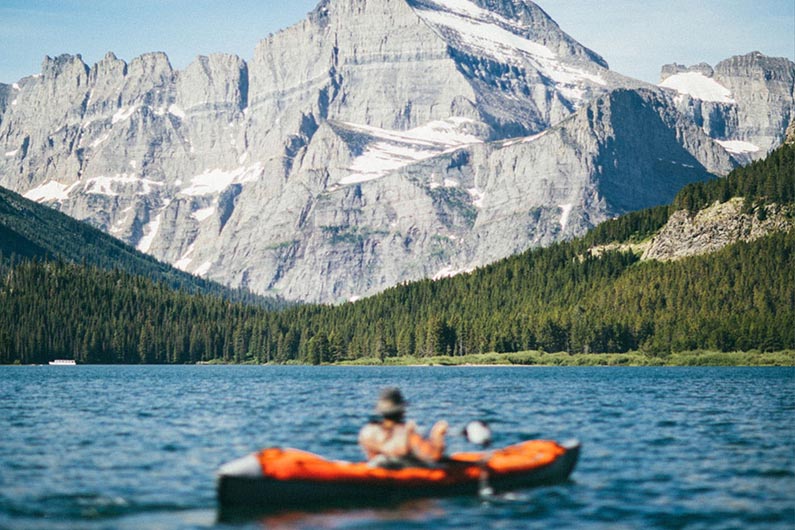 A kayak paddle is double-sided in order to take advantage of the kayak’s low profile and narrow width. It’s very easy to paddle on both sides of a kayak with minimal movement. Canoe paddling is a little less straightforward. Canoe paddles are single-sided and require the user to move more of their body to use. While most operators will alternate paddling on each side of the canoe, it is still possible to control the canoe from only one side once you’ve gotten the hang of it. Even then, a canoe is always going to be a bit more difficult to operate than a kayak.

Think of paddling a canoe as more of an art. There are a number of different strokes to learn in order to get the most of a canoe. Once you do get the hang of it, a good canoe actually ends up being a bit more maneuverable.

If you’re fishing in the ocean or in windy conditions, a kayak is the clear choice over a canoe. The low-profile design and ease-of-use of a kayak make it much more capable of traveling over waves or upwind.

Finally, there are lots of kayaks that incorporate foot pedals, allowing for hands-free operation. This is huge for fishermen, because it gives you extra freedom when fishing. Foot pedals are an awesome feature for fighting a fish in tight areas near structure or foliage.

A good sit-on-top kayak meant for fishing will be very stable, but most good canoes will still be more stable overall in calm conditions. A canoe’s width and larger size make it very solid in the water.

Almost all canoes make it easy for a fisherman to stand up and move around. Kayaks don’t allow for a ton of movement, but a wide sit-on-top fishing kayak will usually allow you to stand. Personally, I always prefer to have the option to stand, especially in situations that call for the most accurate casts.

Keep in mind though that a canoe is really only more stable than a kayak when in calm water. In rough seas, the canoe’s size and weight make it much harder to control. It’s fairly easy to cut over a wave in a kayak.

Under normal circumstances, canoes are harder to capsize than kayaks. However, once capsized, kayaks are much easier to recover than canoes. This is especially true for sit-on-top kayaks. The higher gunnels of a canoe make it much harder to flip back to the upright position in the water. Kayaks will roll right back into position without much effort. Gear will also usually stay more secure and dry in a flipped kayak versus a flipped canoe. No one likes to see their tackle strung out through the water.

For overall capacity, canoes win handily. Most canoes are simply much bigger than the average kayak and can support much more weight. Canoes can be loaded up with multiple people, coolers, gear, and pets. It’s much easier to take your dog out on a canoe than it is on a kayak. The high gunnels also make it much easier to keep them in. 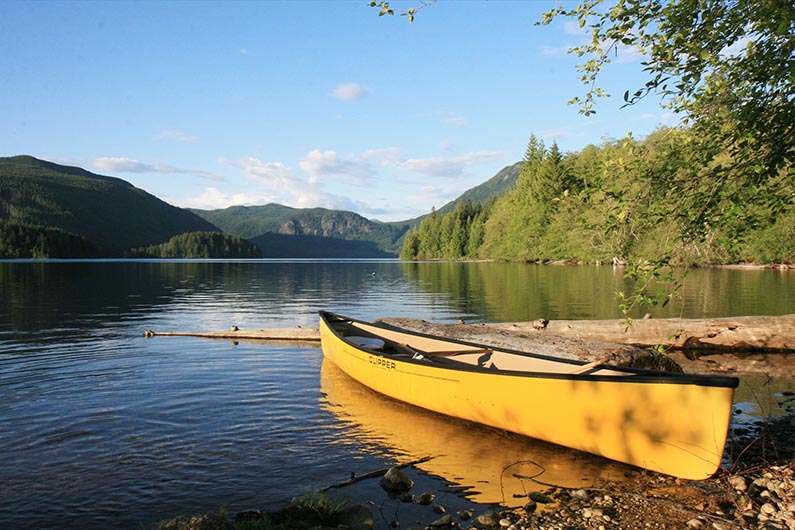 The only real downside to canoe storage is that all of your gear will be out in the open, as opposed to in the dry storage areas of a kayak. This isn’t a big problem though, as you can always place dry boxes in your canoe.

It’s way, way easier to load up a kayak into/onto a vehicle to take to the water. The small size and light weight of a kayak make it very simple for a single person to put in a truck or on the roof of a car.

However, many folks are surprised when they learn that canoes are usually more simple to physically carry over land. Even though canoes are so large, they can have yokes in the middle to make carrying them very straightforward. Kayaks are shaped in a way that makes it somewhat awkward to carry them. A canoe yoke can be easily thrown on your back, allowing you to carry the whole canoe like a backpack. Keep this in mind if you plan to fish in areas that will require you to carry your craft over land while moving between bodies of water.

That covers most of the basic differences between fishing out of a kayak versus a canoe. Hopefully, you now have a better idea of what fits your needs best. There really are a ton of good options on both sides of the fence. Watercraft manufacturers have gotten really good at building products that are extremely fishable and there’s a lot to like out there.

Without a doubt, there will be people who agree or disagree which craft makes the best fishing machine.

What do you think? Let us know what you prefer to fish out of!