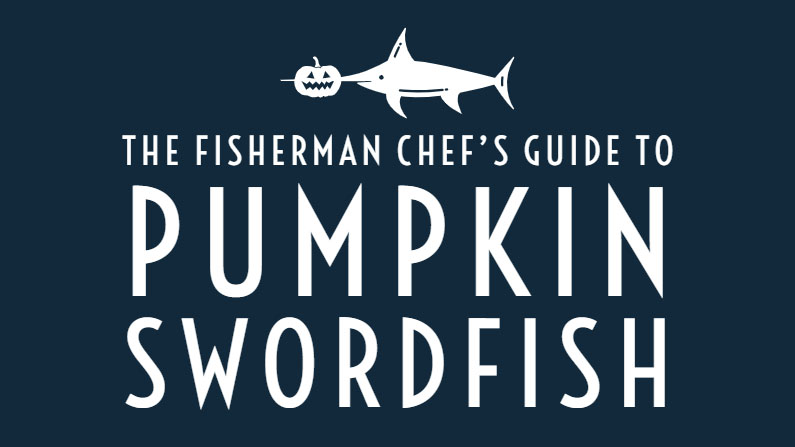 Wondering what a pumpkin swordfish is and what it tastes like?

Whether it caught your eye on the menu of a seafood restaurant or you heard about it from a friend, pumpkin swordfish is definitely an unusual find.

This quick guide will tell you everything you need to know about this rare type of swordfish, along with a simple recipe for cooking it.

What is a Pumpkin Swordfish?

You’re probably curious as to why it’s called a “pumpkin” swordfish, though. Well, this hinges a lot on the brightly orange color (similar to a salmon) that these kinds of swordfish have.

You’ll be able to immediately tell that a swordfish is a pumpkin once you slice it up and reveal the starkly orange tint that its meat has.

It wouldn’t be right to completely set them apart from their white counterparts, though, as they’re still technically the same species. With that said, the standard gauge for a swordfish meat’s quality is still firmness, besides the general smoothness and shine of the meat.

Similar to grouper meat (we have a culinary guide to grouper too), swordfish meat’s status as an outstanding eating fish has much to do with its high oil content.

Even if pumpkin swordfish meat is often more delicious, it should still be subjected to high standards of fish meat quality when you’re out looking for one in your local market.

What Gives It Its Unique Orange Color?

Pumpkin swordfish aren’t born with the distinguishing meat they possess once they’re caught. Instead, they’re a product of diet and time.

This is because their pinkish-pumpkin colored meat is usually brought about by the amount of crustaceans (particularly shrimp and krill) that the swordfish has been eating.

Since they’re very active predators that feed on pretty much all sea creatures that are smaller than them, a swordfish usually attains the pumpkin color if majority of what it eats are the said crustaceans.

Most experts state that as long as a swordfish’s diet consists mostly of shrimp, it won’t take long for its meat to turn into the orange pinkish color.

How Does the Color Affect the Flavor of the Meat?

It’s not an exact science how the pumpkin swordfish is able to acquire a better-tasting meat, but there’s definitely a difference.

What’s certain is that, similar to Kobe beef in Japan, its long-term diet really does play a significant role in helping it achieve the much sought-after premium taste that it has.

Indeed, while some people can’t pinpoint the difference, there’s a lot of anecdotal evidence that confirm that pumpkin swordfish really does have a sweeter and more buttery flavor with usually an accompanying juicier texture.

One way that the difference has been proven is by blind taste tests. The meat of a normal swordfish and one from a pumpkin swordfish would be marinated in the same spices and seasonings and cooked in the same manner.

The result is almost always a general preference for the pumpkin swordfish, which obviously has a more distinctive taste.

Since it’s considerably uncommon, you can expect it to fetch a higher price in local fish markets. And, of course, this can also be attributed to the prevailing belief that its meat tastes better.

Steady supplies of pumpkin swordfish are never guaranteed, so it would be best if you have direct contact with a local fish company or market. This will keep you informed about what’s available or coming soon to market.

Most varieties of swordfish are considerably expensive enough as they are, as they large, difficult to catch creatures. Even so, there’s always a strong demand for quality swordfish meat.

Fresh swordfish meat usually never leaves $30+ range on a per-pound basis, so you can just imagine how much a pumpkin swordfish (with naturally tastier meat) would cost.

There’s a very good chance that pumpkin swordfish meat will come at twice the cost. And that’s if you’re lucky enough to find it.

Where to Find It in Seafood Markets and Restaurants

Since it’s not always available, luck really does play a certain role if you’re trying to look for this elusive swordfish meat.

If restaurants serve swordfish dishes, you might try requesting for a pumpkin swordfish to be served to you instead, even if you have to pay extra for it. Dining on such a unique fish should be be considered an opportunity not to be missed.

You can also try communicating with owners of seafood stalls in your local seafood market and asking them about the availability of pumpkin swordfish in your area. If they’re selling swordfish, there’s a good chance that they’ll come across pumpkin varieties from time to time.

Make sure you express your intent of buying one from them once they become available. Chances are good that the supplier will be glad to give you a call when it shows up.

You can also try contacting fishing companies and markets that have online platforms. Most of the time, they’re active in replying to and fulfilling requests for certain types of fish meat.

A lot of fishing experts really don’t recommend a lot of alterations when it comes to cooking pumpkin swordfish.

In plenty of cases, opting for the usual way of grilling and broiling freshly caught pumpkin swordfish readily provided optimal results. Of course, this is because the meat of this type of swordfish is very tasty enough as it is.

Most people just choose to rub it with the usual olive oil or melted butter. If you want to add more flavors, then you might want to experiment it with various pre-made rubs, but this is all just based on preference.

Minimalism is key if you want to preserve the interesting flavor.

Since pumpkin swordfish meat is distinctively more buttery, though, you may want to keep this aspect in mind when determining the proportions that the recipe usually calls for.

You may not need that much butter or just go for a marriage of butter and olive oil.

The following grilled pumpkin swordfish recipe is a good one to follow for beginners: