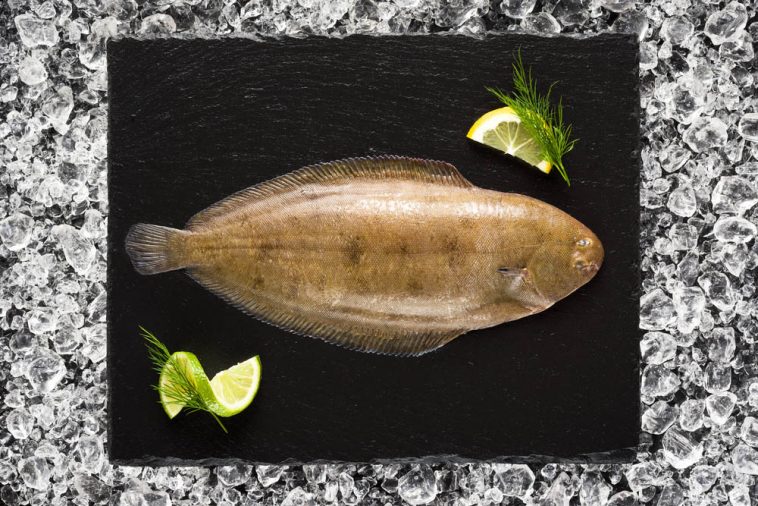 Wondering what sole fish taste like and how they compare to other popular fish?

This guide will tell you everything you need to know about how this unique fish fares on the table, along with how to catch, clean, and cook it.

As the name suggests, sole fish resemble the sole of a shoe and is a type of flatfish that inhabits a wide range of the ocean. Its appearance is very similar to that of a slightly less wide flounder.

Sole is a fairly popular choice for many fish dishes throughout Europe and North America, but its culinary properties are often a point of confusion for many. While there are slight differences between sole from the two regions, the taste profile is similar.

Table of Contents hide
1 Taste
2 Texture
3 Is Sole Safe to Eat?
4 How to Clean Sole
5 How to Cook Sole
6 Species Differences
7 Where to Find Sole
8 How to Catch Sole
9 Conclusion

Overall, sole has a mildly and slightly sweet flavor that is somewhat similar to that of tilapia crossed with cod. It tastes light and delicate, but has a texture that is firmer than tilapia or cod.

Sole should never taste “fishy”, making it a good option for those who do not always lean toward fish as a top menu item. If you do encounter fishy sole, in flavor or in odor, it is likely that you proper storage or preparation haven’t been adhered to.

The sole fish has a unique texture in comparison to many species with similar mildness. It’s firm (comparable to grouper’s firmness, but with lower oil content).

Often, the fish is described as having a meaty feel due to the firm and rigid texture. However, with proper cooking, the fish becomes tender and flaky but will always have that distinct feel on the mouth absent in some of the most valued fish delicacies.

While the texture of certain fish species deteriorates with heat, it’s unlikely sole will become mushy. As a rule of thumb, it would be best if you were keen on temperature to avoid destroying other impressive attributes of the sole.

Is Sole Safe to Eat?

Many people wonder if sole is unsafe to eat. This is mostly due to its status as bottom-dwelling fish, but the fish’s strange appearance also contributes to the concern.

Fortunately, sole is safe to eat and you shouldn’t have any qualms about cooking or ordering it for dinner.

How to Clean Sole

Due to the shape of the sole fish, most people think that it’s hard to clean sole. However, the following steps will guide you through obtaining as much flesh from the cleaning process. You will need a cutting board and a very sharp fillet knife for a perfect job.

The fillets can be skinned if need be by making an incision to separate the flesh from the body. Using the knife’s tip end and in a slanting position, saw between the two, working slowly to avoid leaving meat on the skin. Having done that, you can cook your sole fish fillets.

How to Cook Sole

You can cook sole in numerous ways including baking, frying, pan-broiling, grilling, and deep-frying.

For your peace of mind, here’s a quick and easy baking recipe that is an easy way to some of the best most delicious bites of this fish.

There are three species of fish that are known as Sole fish in the American fisheries. Nevertheless, other sole fish from the European waters are also available in the market.

The American Sole fish species includes the flathead, rock, and Dover sole. The flathead and rock sole are found in Alaska while the Dover mostly inhabits the US coast on the Pacific Ocean.

The three have no marked differences in culinary use, but their texture tends to be softer in the European sole, especially the Dover sole which is considered the genuine Dover. However, there are slight differences in their anatomy, which would make it easier for you to distinguish them in the market.

The Dover sole is the largest of the three and can extend to 30 inches with a soft flaccid slimy body. It can weigh as much as ten pounds, although the standard trawlers can only catch Dover soles of up to one pound and is found mostly in Baja, California, the Bering Sea, San Cristobal Bay and the east of the Aleutian Islands.

The rock sole is slightly smaller than the Dover sole, and the largest can reach about 24 inches long, weighing about 1 to 1.5 pounds. They are mostly found on the Californian coast and in the Sea of Japan and Okhotsk. There are also large numbers off the coast of British Columbia and Alaska. The rock sole is also called rough scale sole because of the scaly nature of its body.

Flathead sole grows to about 22 inches and can be found in California, particularly from Monterey to Alaska. Flats have a litany of nicknames, most notably being called “cigarette paper” or “paper” sole.

Where to Find Sole

Fishing for sole fish can be tricky especially for anglers, as this type of fish generally inhabits the sea’s bottom. The flat body is an ecological adaptation to help them withstand the high pressure in the waters’ depth. They are mostly found on sea floors comprised of mud, sand, or pebbles, where they feed on crustaceans, planktons, and larvae.

If you are in the United States, the best places to go looking for sole are regions off the coast of California where you can find rock soles between 20 to 40 FM. The largest catch is mostly from Alaska and British Columbia. You can also find Sole fish, especially the flathead in the water between Monterey and Alaska at depths ranging from 55 to 135 FM.

How to Catch Sole

The best way to catch sole is to do bottom fishing either using baits or trawls. If you are using a baited hook, you will need a sinker to hold the seafloor’s bait or slightly above.

The best baits are crustaceans, including shrimps, worms, and prawns, although you can also lure them with artificial baits. Sole fish feed at night, and the best time to catch them is two hours after nightfall and two hours to dawn.

Ensure your hooks are small due to the characteristic little mouth of the sole.

If you are looking for a large catch, the best method is trawling. The trawls are tied to the boat and sunk to the bottom of the sea using sinkers.

Sole fish boasts a sweet, delicate taste and the tenderness of its flaky yet meaty fillets when cooked. Not even the much-valued tilapia can match the flavor profile of this flatfish found inhabiting the muddy, silty, and sandy sea beds. Although it may be tricky to catch this fish, cleaning and cooking it is easy, and the unique flavor compensates for the cold nights you have to bear when capturing them.