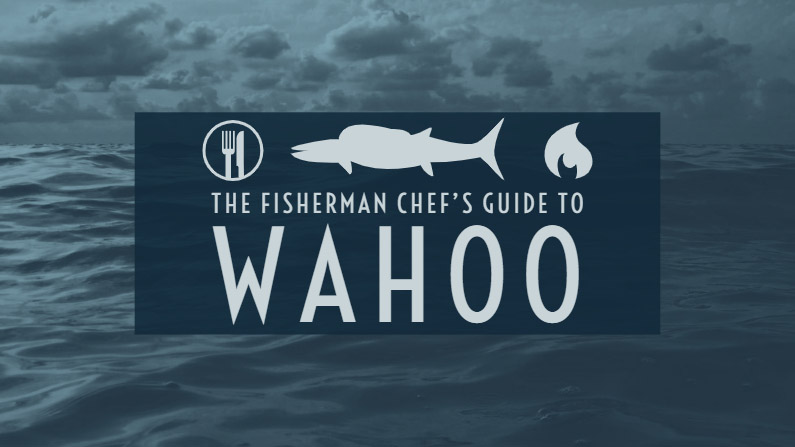 Wahoo is a special fish that is known for its speed and agility but also for its great taste and food quality. Whether you enjoy it grilled or as sushi, it’s somewhat of a rare treat.

This quick guide will tell you everything you need to know about what wahoo taste like, where to find them, and how to cook them.

Even though it isn’t found in restaurants or markets as often a staple like grouper or swordfish, wahoo are common fish that is found in abundance all over the world’s oceans. A Wahoo may look like a large mackerel at first glance, but they do have very noticeable differences to those familiar with the species.

Wahoo are a part of the same same family (scombridae) as mackerel and tuna. You’ll find them most often in the subtropical regions like the Caribbean and Hawaii and are in demand as a local delicacy. Sportsman also hold them in high regard due to their incredible speed.

Wahoo are bluish green on the top half of their bodies, fading into silver on the sides and bottom. The wahoo body is long and covered in tiny scales . They can weigh up to 180 pounds and tend to feed on squid or smaller fish.

Although wahoo populations can be affected by commercialized fishing, their high reproductive growth allows them to flourish without the threat of being overfished. The population status throughout the Pacific and Caribbean is thought to be high and scientists believe this species is of limited conservation concern.

Wahoo have a shorter life span than most fish, around six or seven years and are usually solitary or travel in small groups of two to three fish.

Where to Find Wahoo

As mentioned already, wahoo are found in subtropical waters throughout the world but during the summer months they can also travel to more northerly regions as the waters warm.

Reliably locating wahoo can be a tall order for a novice, but seasoned captains will usually have a better feel for finding them in their waters. Your best bet is typically anywhere between 90-350 feet, especially if ocean ledges, bottom foundations or wrecks are present.

Because they are solitary or only found in small groups, they are a very expensive fish to catch and in turn, buy. While buying wahoo fresh from a local grocery store may be difficult unless living in subtropical coastal regions like the Gulf of Mexico or the Bahamas, there are plenty of websites that package the fish and ship out worldwide.

Like it is with any other fresh fish, you’ll almost always find the best food quality in a coastal area, so be on the look out if you live or visit places with natural fisheries. Wahoo is definitely not the easiest fresh fish to come by, so take advantage if you see it on the menu.

Wahoo has a firm texture and the meat is a nice white color that will stay that way after being cooked. It has a mild, sweet taste and if cooked properly will be flaky and delicate.

The meat is low in saturated fat and contains many vitamins and minerals essential to a healthy diet. Although wahoo are always in the water year round, the peak season and the time they’d be tastiest, is from May to September.

Wahoo tends to have a moderate-to-high mercury level, which can be toxic in very high doses. Many people are put off when by that fact, but it’s really not an issue aside from extreme cases.

Keep in mind though that, like many other seafood items, certain people are more susceptible to potential illness. Children, women who are pregnant or planning to become pregnant, and those with compromised immune systems should take extra care.

How to Cook Wahoo

Wahoo is a great eating fish that can be cooked in a variety of ways. Because it has a meaty texture to it, it’s the perfect fish to grill but also tastes great baked or broiled. However it’s cooked, the most important thing to remember is to never overcook, it may be easy to do since it’s a lean meat. The best bet is to take the fish out of the oven or grill and let them finish off cooking while covered.

Here’s a simple wahoo recipe to enjoy on the grill:

Melt the butter in a medium pan and cook the onions until translucent. Add the dill and turn off the heat. Season the wahoo steaks with salt and pepper and either add them into the pan with the marinade and spoon some on top or put the steaks and marinade into a resealable bag and let sit for twenty minutes. In the meantime, grease the grill and preheat on medium low. When it’s time to grill, turn the temperature back down to low, sear each side for about 2-3 minutes and enjoy!

Can be served with grilled veggies and a salad for a healthy, filling meal.

This recipe can also be made either on the stove, in the same pan used for the marinade, or even in the oven. Since fish is such a versatile food and quick cooking, it makes for the perfect weeknight dinner on busy days.

When most people think of sushi and the raw fish used for it, they often think of a common choice like tuna. As we’ve previously stated, wahoo is somewhat similar to tuna so it’s naturally a great choice for sushi. Because the wahoo has such a light taste, it would be the perfect starter sushi for someone trying it for the first time.

Don’t let the light taste fool you though because wahoo can be seasoned in many different ways in order to make even sushi veteran’s taste buds pop.

As with any types of raw fish, precautions need to be taken when eaten. There are many different types of food poisonings that can come from raw fish so it’s best if the fish are frozen first in order to kill any parasites.

Whether you target them for food or for sport, wahoo are an amazing fish that can too often be overlooked. The light, delicate taste makes them a great choice for novice seafood eaters and seasons pros alike. Because of it’s high reproduction growth and low conservation need, this fish will be around for a long time feeding the population.

Next time you see wahoo on the menu at a restaurant or your local fish market, don’t pass it up! You’ll always be able to find the standard seafood offering like tuna, salmon, and grouper, but wahoo is a special treat that isn’t always in stock.

Also, don’t pass up any opportunity to get offshore and catch a wahoo for yourself. There are few fish in the ocean that can make your drag scream like a wahoo. They’re often harder to reliably locate than many other pelagic species, but well worth the effort when you finally hook up!

If you’re a fisherman or an aspiring seafood chef, be sure to check out more of our offshore fishing guides or our food guides.